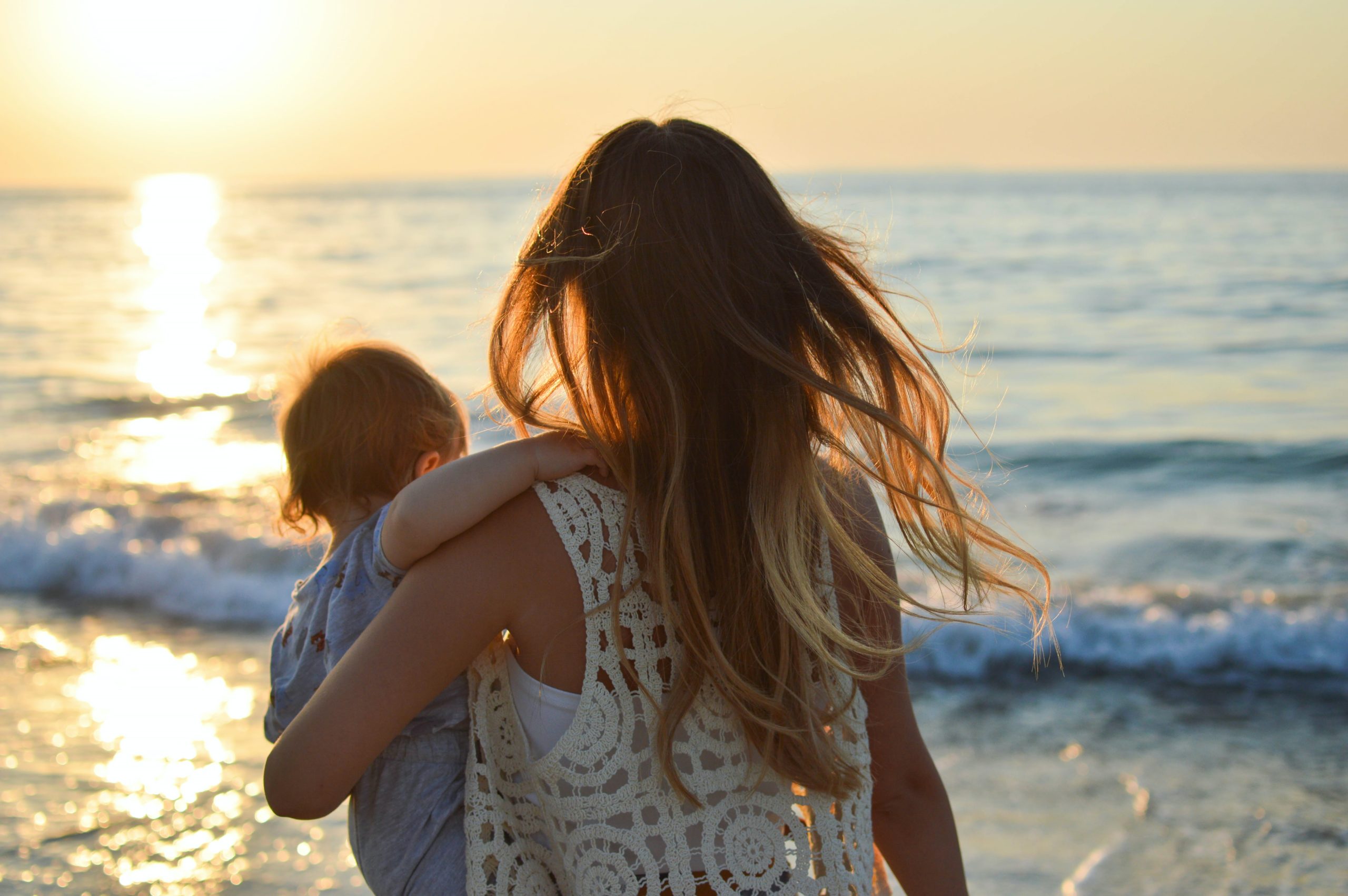 Jarryn is the son of Sandi, who has CF. He lives in Sydney and works in insurance. Jarryn is an enthusiastic gamer and a sci-fi fan. He shares his experience of growing up with a parent with CF, and the difficult decisions he’s made throughout his life story.

Mum says that while she lives with CF, I live alongside it. And it’s true.

For the most part, when Mum did her various treatments, I thought that was normal. It was our everyday life. I was in pre-primary when I started to think differently, all because of one word. 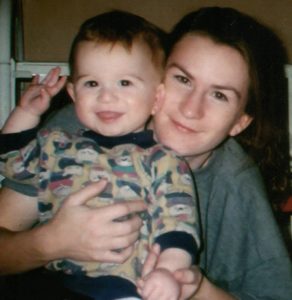 I went to the doctor sometimes. My friends sometimes went to the doctor. But when my Mum went to the doctor, she went to the hospital. That was different. I’d been to lots of clinic visits with my Mum—for the most part; it was the same as going to see a doctor.  Even though I was too young to understand, I knew that the distinction was important. And I knew it had something to do with CF.

CF didn’t impact Mum much when I was in primary school. After school I was always busy, riding bikes or my Green Machine, jumping on the trampoline, playing with the dogs or games with my friends. Mum was always there. Sometimes she rode the Green Machine or jumped on the trampoline with me, and other times she would read while she watched me play. Looking back now, I realise that the times she read instead of joining in were the times she needed to rest more. Back then, however, I had no clue. I just thought Mum liked to read.

Because Mum constantly coughed, I paid little attention — but I began to notice that other people would stare. Sometimes when her coughing was worse than usual, Mum would do IVAB’s at home. I was in Year Three the first time Mum had to stay in hospital. Mum told me she had had a bleed, so the doctors wanted to keep an eye on her. It was a bit of an adventure having a sleepover with my Grandma. When Grandma took me to visit Mum in hospital, she looked normal, and I couldn’t see anything wrong — it took me a while to figure out it was her lungs bleeding.

The first few times Mum coughed up blood in front of me, I was a little worried. But at the same time, I was glad that I knew what was going on. I didn’t have to hang around to listen in on her conversations to understand what was going on; Mum was always straight with me. Mum being so honest helped me process and deal with all the things that were going on. I think if Mum had tried to hide things from me, it would have been easy to let my imagination run away with me. To invent things that could have been worse.

Because Mum was always honest with me, I knew things had changed when she started to do IVAB’s more frequently. I was in High School, and even though Mum still managed to get me everywhere, I needed to be, like soccer training, something was different. These frequent bouts of IVAB’s were followed by Mum starting to stay in hospital — something she had only ever done when she absolutely had to. Mum didn’t have to tell me that her CF had progressed — it was obvious. 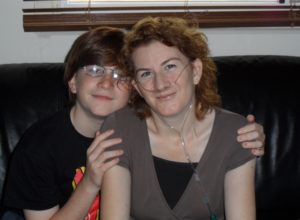 After one trip to hospital, Mum came home with an oxygen concentrator, because she needed supplemental oxygen at night. Things seemed to rapidly progress after that. Mum’s need to rest became more and more frequent. What concerned me most is how Monkey (our dog) started being protective of Mum and following her around like a shadow. Monkey also knew something was wrong.

Knowing that something is wrong, and being powerless to help isn’t a nice feeling. Mum was about to start her assessment for transplant. All I could do was hope the transplant could go ahead. I knew what the outcome would be if Mum couldn’t get listed. It was a huge relief the day Mum brought home her Transplant Wait List pager. I knew Mum might die waiting for lungs to become available, but now I had hope.

Right after Mum brought home her pager, my Dad asked if I wanted to move to Sydney. It was such a great opportunity. I wanted to go, but at the same time, I felt a sense of responsibility to Mum. Mum encouraged me to go — and that made the decision easy. It was the right thing to do for me — but it was hard to leave. I came back to Perth for the April holidays. In the last three months, Mum had deteriorated significantly. It was a lot harder to get on the plane at the end of the holidays.

After the April holidays, I explained to all my teachers about Mum’s situation and received permission to have my phone in the classroom. On the day my phone rang, there was a relief teacher. I grabbed my phone and went to race outside, but the relief teacher held his hand up for me to stop. My stepbrother Ronan explained the situation, but by the time I got outside, my phone had stopped ringing.

Immediately Mum rang back. I have no idea what we talked about after Mum told me she was about to be prepped for transplant surgery. When I hung up, I wondered if I had just spoken to my Mum for the last time.

There wasn’t anything anybody could do or say that would help me. I just had to wait.

And it was a long wait. 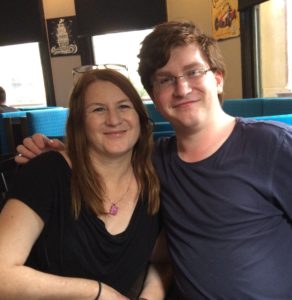 The next pieces of information arrived by text. Due to the time difference between Sydney and Perth, I knew Mum would be in surgery until midnight. The first text said that the surgery had started. I didn’t know what I was supposed to do; I felt helpless. Even being told Mum was out of surgery felt surreal.

Three days after Mum’s transplant, we spoke on the phone. I don’t really remember what we talked about because I was so surprised at how Mum sounded. Mum was no longer gasping to breathe, and she didn’t cough once.

This surprise was reinforced when I flew home to see Mum a few weeks later. Even though she was still weak from the transplant, Mum already looked and sounded so much better.  I knew then that everything was going to be okay.

Nine years later, everything is better than okay. The Mum that I remember from primary school is back – but with a little more energy.  I’m very much aware that a transplant is a trade, not a cure. Like most people who have had a transplant, Mum has her ups and downs — but she always keeps me in the loop, so I never have to worry — and that’s the way I like it.

This story was published in February, 2021. 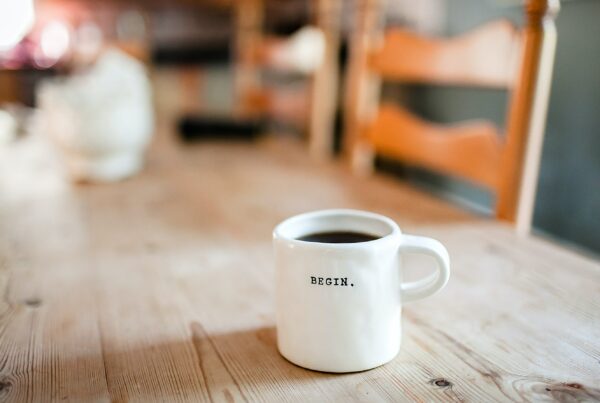 Making self-care a priority after redundancy 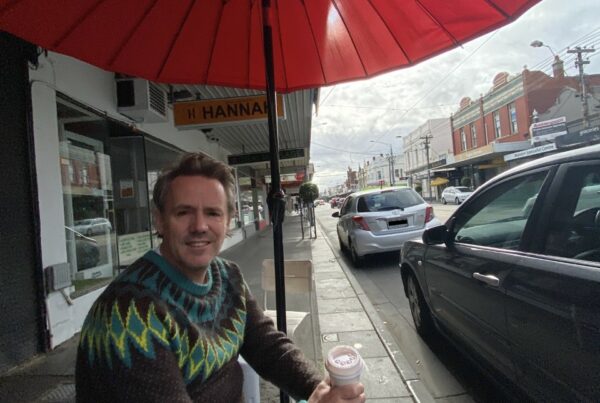 How your vulnerabilities can be a positive